Our heroes have been fed, followed a trail of notes requesting help, driven by bus, flown in a stunning replica of the Starship Enterprise, shot, killed, resurrected by the bus driver, who turned out to be Death and finally reached the source of the notes where a fate worse than, er, Death awaited them.


The seventh part of the trilogy:

It's turned out weird again

An unfortunate bullet in the head

The Light at the End of the Tunnel 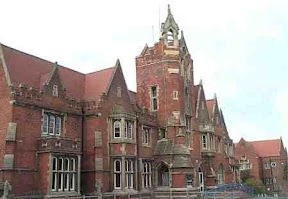 The orderly walked down the corridor. He paused at each of three doors opening the flap and looking into the room. "Poor souls," he muttered, "Hallucinating for weeks. The tall one keeps muttering about wresting a laser from a shark, cutting open the door and escaping."

His supervisor arrived just as he closed the last flap. "I've heard him. Sharks with lasers. Pah! Found on the pavement outside the Euthanasia Curry House in 1979."

"Curry too strong for them?"

"No, apparently it was the after dinner coffee. Eolistblend prepared the Turkish way. Not recommended by the World Health Organisation and banned under the Geneva Convention."

The supervisor lifted the first flap, "Bloody hell, we're going to get crucified for this!"

"This one has gone! Check the others."

In 1979, a cracked trio was sent to the loony bin by a psychiatrist for windows they didn't lick. These men (and a woman) promptly escaped from a maximum security mental hospital to the Slobering-under-the-Bed underground. Today, still wanted by hardly anyone, they survive as crazies for rent.

If you have a problem, if no one else can help, and if you can find them, maybe you can hire... The Caffeine-Team.

10 comments:
Email ThisBlogThis!Share to TwitterShare to FacebookShare to Pinterest

The Light at the End of the Tunnel


The sixth part of the trilogy:

It's turned out weird again

An unfortunate bullet in the head


"The next note is in the cave, Death said," said Eolist.

"Why does it have to be halfway up a mountain, and in the baking heat," complained Roth. He was hungry and hunger always makes him tetchy. We had last eaten in 1979.

We climbed the rock strewn slope. Every time we reached a point where we thought the next rise would lead to the cave, we would get there only to be disappointed. The bullet hole in my forehead was still bleeding and painful. You'd have thought when Death resurrected us from the dead he'd have attended to minor details like this.

"Anyone got an aspirin? I've got a really sore head," asked Eolist.

"Get down!" Roth hissed. We ducked behind an outcrop of rocks that was next on our list to scrabble over. In the distance three horses and riders were galloping towards the cave. They stopped and one of the riders looked straight at us. He turned back and the three of them continued.

"Did you notice anything odd about them, because they really gave me the willies?" I asked.

Roth thought for a moment and said, "No shadows. It's blazing hot, brilliant sunshine and they had no shadows."

We decided to approach the cave more slowly, moving from rock outcrop to stone cairn to laying flat on the hot rocks. Whatever we did, we didn't want to be seen.

The sun was setting before we arrived at the cave. Dusk was an advantage we hadn't planned for, but were grateful for nonetheless. The mouth of the cave was not at all as expected, being made of metal rather than the more traditional stone. I picked up a small rock in entrance and turned it over. Underneath it said made in china. We looked around. There was no one there and thankfully no sign of the three horsemen. We walked further into the cave taking care to keep to places where we could hide easily. The entrance was now hidden from us but there was enough light to see, although from where it came we couldn't make out.

We sat down on a "rocky" outcrop, although it felt chilly and metallic probably because it was cold and made of metal.

"What do you think this place is?" I asked.

"And where's the note?" Eolist added.

"Do you think they have a vending machine?" Muttered Roth under his breath.

Before Roth finished his sentence the wall of the cave slid open and blinding lights shone down upon us. We were in a huge control room with a giant boardroom table and chairs. On the opposite wall, framed like a huge picture, was glass window onto an aquarium. A giant shark swam up to the glass before being bitten in half and gobbled up by something much scarier with tentacles.

A voice boomed out, "Ah, Mr Roth, we have been expecting you!"

The figure standing on the gantry was black, oriental and immaculately dressed.

"That is Dr Wang. He's probably trying to take over the world. Again."

The three horsemen we saw earlier appeared out of the shadows.

"We're the three horsemen of the apocalypse," a dark reverberant voice said, "For I am War." He bowed slightly. "This is Famine," he gestured to the very thin horseman to his left. "And this," he paused, "is The Other One."

"Dammit, I'm Pestilence. Do I need to wear a name-badge?" he wheezed.

"It would help," War agreed. The Other One shot him a daggared look.

"I thought there were FOUR horsemen. Where is Death?" I asked.

"He is no longer a horseman. He drives buses. We were supposed to be the four horsemen of the apocalypse: Death, War, Famine and The Other One."

"Pestilence," The Other One interjected.

"Whatever!" War continued. "We were meant to be the four horsemen of the apocalypse, not the three horsemen and the one bus driver of the apocalypse. Besides he gets all the limelight, for instance I hear he has appeared in The Tunguska Event, whatever that is, no less than five times. Am I not photogenic enough?"

The three horsemen grabbed us and hauled us off to a musty and damp prison cell. Actually "hauled" was overstating it, they were really quite gentle and just cajoled us in the right direction. Roth muttered something about "having a word with Dr Wang about his henchmen training."

"I was rather expecting a note. Not Dr Wang and three supernatural jockeys from the Bible," Eolist complained. She had a point.

"He could have killed us. Did you see the automatic machine gun emplacements? It was like something out of Aliens," I said.

"It's not Dr Wang's style. He likes nice elaborate death settings. Something slow, painful, humiliating and basically anything I can escape from. He's a gentleman genocidal manic, with impeccable manners," Roth filled us in on this aspect of his former life. Normally all he talks about are the fast cars and the expense account.

We sat in the cell for hours before the two of the three horsemen came back. The cold and the damp was quite pleasant after the long dry climb up to the cave.

"We've been told to take you to the dining room. Dr Wang would like a word over dinner," said War.

"Pestilence," hissed the other horsemen and was promptly ignored.

"Famine is cooking dinner. He's quite the Gordon Ramsey when he has the chance you know," War replied, "Loves Hell's Kitchen."

As we stepped out of the gloom War looked us up and down. We were still wearing the uniforms from the Enterprise, but the knees of our trousers were worn through, there was blood from our gunshot wounds and we looked a mess. "I better take you somewhere to get cleaned up."

We arrived at dinner, showered and very well turned out. Roth and I had Saville Row suits and Eolist was wearing a black designer number.

"Ever felt he might have had this planned? This suit is a perfect fit," I said.

"Dr Wang is like that. Never play battleships or noughts and crosses against him. His anticipation and forethought is legendary," Roth replied.

"So, Mr Roth, how did you deal with my three trigger happy henchmen down below?" asked Dr Wang, "I was most annoyed to hear they had shot you dead."

"We got a little surprise help from Death. He decided to bring us back to life and dispatch your henchmen. Not that we knew they were yours, of course," Roth explained. "We were puzzled as to why Death was involved."

"I needed some unusual assistance, and I found this lovely little vein of rivalry amongst the four horsemen. The three who are here, War, Famine and The Other One are really fed up with Death. It seems they hate him getting all the big speaking parts and roles in adventures whilst they are the also-rans. Also they seem to really resent his driving of a London Bus instead of the riding a horse."

"War could make a good living as a voice over artist," I interjected.

Dr Wang ignored me and continued the explanation, "Between us we concocted this idea that there was someone in trouble, who needed rescuing, and they were leaving a trail of notes. I knew Indigo Roth would find that irresistible, especially if the someone, possibly, was female. Death was lead to believe that the rescue was essential and that whilst Roth might die it must go on. I needed to get the 'Roth might die' bit in so as I can kill him at my base in a fiendishly clever manner."

"So that's why he saved us when we were all killed," said Eolist.

"Indeed. The other three horsemen will be delighted to make Death feel like an ass."

We ate in relative silence. Famine could have been a Michelin stared chef in another life.

At the end of the meal, Dr Wang got his supernatural henchmen to take us to a room. It looked like the bottom of a missile silo. In the middle was a shaft in the ground which we were taken over to inspect. At the bottom of the shaft was molten lava. It was rising gently. When we looked up there were the rocket exhausts of a missile. One of the walls of the silo was glass.

Dr Wang explained, "You three will be tied to these metal poles. The lava will rise in the shaft until it covers the floor and cracks the glass, whereupon a shark will break out with millions of gallons of water. The shark has a laser on its head. The laser will ignite the rocket exhausts." 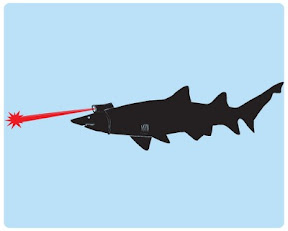 Eolist and I remained quiet as the three of us were tied to the metal poles. It didn't seem fair.

"Dr Wang, this doesn't seem fair. Your beef is with Roth here, not us. Let us go," said Eolist.

"My dear woman, there are three poles and the apparatus needs a little testing do you not think?"

"What do you expect from us?" I asked.

"Dr Tunguska, I expect you to die!" replied Dr Wang. He paused and made some corrections in his notebook, shaking his head slightly.

He left the room, locking the hatch and leaving us to our fate. The lava rose, the shark butted the glass and the rocket exhausts loomed over us threateningly. Soon the lava flowed over the rim and edged towards our feet.

Are our heroes doomed? Again?