I sat by the river watching the rain drops expand in little circles on the surface. It was peaceful here. I like places like this. The rain didn't bother me because, although it was now quite heavy, my coat was more than a match - it had survived Welsh hillsides. 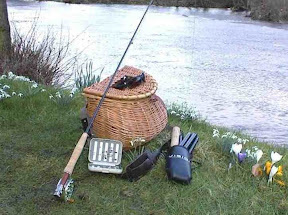 I had picked this spot on the bank as it was nicely away from everyone. There are times to be sociable and times when even two is a crowd. I was thusly a little annoyed when an old chap, wearing full fisherman's clothes came and sat beside me.

He stuck up conversation. It wasn't what I wanted, but I'm not a rude man. I just hoped he'd get bored and move on.

"So what bait are you using?"

"And are you being successful?"

"Indeed." It was true. Before coming here I was quite tense. Now I was relaxed and quite at peace.

He looked at my fishing rod and then back at me. "That must be quite some technique you have there."

I couldn't think of anything to say, and as I wasn't trying very hard, I said nothing.

"That's very thin line you must be using. I don't think I can see it."

"Yes, fishing line. Some of the brand new Dyneema stuff?"

"Oh no, there's no line there at all. Can't stand fish."
4 comments:
Email ThisBlogThis!Share to TwitterShare to FacebookShare to Pinterest 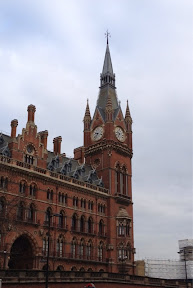 "Remind me why we've climbed all the way up here?" I said as the wind whistled past my ears.

"Roth, you just answered a question with a question. That's supposed to be rude."

"Look down there. Eolist is doing a great job holding off the security people." he paused. "Oooh, that's gonna hurt in the morning!"

Below I could see a small woman, coffee cup outstretched in one hand to prevent spillage facing a burly security guard. It looked a truly unfair match. That said two other security guards were sitting on the ground, back to back rubbing their heads. The uneven opponents were circling each other. In a lightning move Eolist lurched forward and tweaked his knee. He went rigid and fell.

"First time I've seen that - the Eolist Knee Pinch. Like the Vulcan Nerve Pinch but so much lower down."

"I'm done. Time to climb down, if you'll excuse the pun."

We reached ground floor. Eolist was just finishing coffee. "Did you get it done?"

Roth answered, "We've got five minutes to get away from here. We should go."

We dashed through the backstreets and finally stopped by a little cafe. Then it happened. The noise was deafening.

It was completely black. Up was black, left and right were black. The sofa we were sitting on was black. Down was black. I'm sure that if I checked, behind us would be black too. Occasionally there would be a shimmer in the distance and then the black would re-assert itself.

"Where are my legs?" asked Roth.

"Don't worry, there won't be a pizza delivery for at least 13.75 billion years."

Roth became the only white thing I could see and passed out.

Time passed, I looked at my watch and nudged Roth awake. I pointed him to a tiny pinpoint of light an indeterminate distance in front of us.

"It might be. It has the potential to be. I've seen this a few times before and it doesn't always make it."

The tiny pinpoint expanded to a blindingly bright patch like the sun, only blue-white. Like the sun after it had been given a really good wash on a soap powder commercial. Then the patch forged outwards and overwhelmed us. The shimmer turned into ripples as the light hit us.

This time it had made it. The brightness calmed down and things shot past us, buffeting the shimmer. It was impossible to identify the things. They just weren't things we'd recognise.

"So that dot of light is the universe, and we were outside it watching it expand? The Big Bang."

"Yes, except we're not outside it, because there is no outside to be out in?"

"Then where are we?"

"Does the sofa seem familiar?"

"Yes. Are we still in my living room?"

"Does the Big Bang happen often in your living room?"

"I didn't think so, although admittedly now I'm not so sure."

"This whole construct is generated from the power of our minds. The mind can travel where physically we couldn't be."

"It's very similar to the Wizard Of Oz. A sort of there's no place like home. To make it easy I have put the suggestion in our minds that we'll return when the stop button of the remote control is pressed."

"Where is the remote control?"

Several minutes go by whilst we hunt for the remote control down the back of the sofa. It isn't helped by the black sofa, black remote control and generally black surroundings.

Roth succeeded. "Found it. Shall I push the stop button?"

"Yes, but make sure your mind is clear when you do. Remember this place is a construct of our minds."

There was a blinding flash. We were back in Roth's living room.

"You didn't clear your mind, did you?"

"Then why is there a zebra sitting on my lap with a swirl of cream on it's head topped with a cherry?"

"Oh!"
2 comments:
Email ThisBlogThis!Share to TwitterShare to FacebookShare to Pinterest

"I am not iDifficult" to paraphrase the title of Leonard Nimoy's autobiography "I am not Spock" (Although it should be noted the second volume of his autobiography is entitled "I am Spock").

I have changed the name of my unwholesome blog and my even more disreputable twitter account. I just got fed up with iDifficult. It started as weak joke and then developed life of its own. It was like using a placeholder name in a novel, and then discovering after publication that it was still there. Thankfully, I hadn't picked John Thomas. So for a while now I have looked for a new Non de Plume, or I guess since this is all typed, a Nom Du Clavier.

I thought about why I needed a pen name. Some of my friends write under their own names, so why shouldn't I? Mostly because the contents of this blog are works of fiction. It's not about my life, but about the lives of make believe characters doing odd and hopefully fun things. It doesn't feel right writing fiction using my own name. I also don't want comments made by my fictional character to be attributed to me just by googling my name. I'm proud of what I write (mostly), but I don't want words from my first person character(s) being taken of as my own personal viewpoint.

So after nearly ten minutes of really hard thinking, I have come up with a Non de Plume of Dr Maximilian Tunguska. I have renamed this blog to The Tunguska Event, as that is nicely fitting.

Likewise I have changed my twitter account from @iDifficult to @Dr_Tunguska. I'm applying the same rules - try to sell me something and I block you. Instantly.

I'm sure the character formerly known as iDifficult shall appear in a blog near you with Indigo Roth and Eolist Petite wearing a large friendly badge saying "Hi, I'm Dr Max" soon. 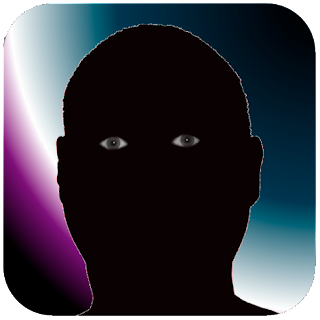 I don't dream often. Or rather I dream as much as everyone else, but I seldom remember them. Occasionally I wake during the night, catch the edge of a dream and think, "gosh, that was interesting, I must remember it." Come morning, I've forgotten the dream, but annoyingly not the feeling of how fantastic the dream was, or of my desire to hold onto it.

So last night was a bit special. I had a most splendid dream and I can tell you about it now.

In my dream I went to see a film and it was a film I was really looking forward to seeing. I'd been to the concession stall and bought a bucket of coca-cola, some salty popcorn and something with melted cheese and nachos.

As I sat down and watched, the story unfolded. Now here's the weird bit - all the characters in this film were friends. Freud would have been taking notes furiously. The victorian doctors would have prepared me for a lobotomy.

The movie was fantastic. As I left, I turned an looked at the poster: 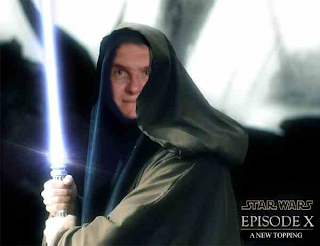