There I was walking down Tottenham Court Road in London and behold there was a place offering IQ and personality tests. My first thought was that if you went in there then your IQ was likely 10 points below average and your personality test would reveal extreme gullibility.

Even if you don't know Tottenham Court Road, I'm sure you must have come across other places like this shop/church. The teachings are based on the writings of a certain Science Fiction author and are much loved by some film stars.

If a fairly rubbish Science Fiction author can do it, then so can I. Below is the new iDifficult religion Bloodysillyism.

All major religions have a creation myth. Bloodysillyism believers consider the universe and everything shot out of the bottom of a giant cat. In my house anything coming out of the bottom of our cat causes us to yell God and then crawl on our hands and knees seeking pockets of fresh air.

Lobster and Radishes. They're just frankly gross and no one should have to eat them. 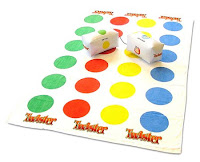 Prayer should be done in pairs. One lays out the Twister mat and adopts meditation postures based upon the spinner twirled by the other prayer.

Churches are slow and outdated. A major advantage of Bloodysillyism is the new Drive-thru-Temple. All very simple and straightforward. Drive up and swipe your credit card at the first booth. Drive to the second booth to get absolution from your sins, deodorant or, if you forgot what you were doing, a Happy Meal. The third booth presents the receipt. This could be quite a shock and brings us smartly to the Afterlife.

Heaven and Hell to be precise. Well Bloodysillyism was created on a budget, so they are going to be the same place. The Bloodysillyism afterlife will be a somewhat choppy bath full of custard. It allows much more flexibility than heaven and hell. The good are upright, the bad are headfirst and the ugly will also be headfirst (because quite frankly do you want to spend eternity staring at some ugly person?) 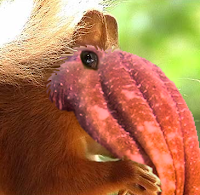 That arboreal cephalopod the Squiddrel. Under no circumstances should these be shot. Partly because the only one that exists we lost around about 1984, but mostly because it makes them really grumpy. Also don't milk unicorns especially if they have one teat.

Essential Behaviour for a Devout Bloodysillyist

All washing must be pegged up with the matching coloured pegs. Believers must not step on the cracks in pavements. I know this sounds like OCD, but the scriptures are very clear on it.

Will be written when I have the time. Hopefully I can claim they are a science fiction novel and get enough money to write a second set of scriptures.

Please leave a message below containing your bank details and as soon as the first financial transaction has gone through you can consider yourself converted. Amen.
6 comments:
Email ThisBlogThis!Share to TwitterShare to FacebookShare to Pinterest
Newer Posts Older Posts Home
Subscribe to: Posts (Atom)