The Man From The Ministry

Night falls quickly this time of year. I was sitting looking out of the open window drinking a cup of tea. In the garden beyond something moved. I couldn't make out what it was in the gloom. A cat screeched and scrambled over the fence. But still something moved.

I heard wood splinter and could just about see one of my sheds leaning at an odd angle. There was more shattering of wood, a creak and the shed disappeared from view.

I shut the window and bolted the back door. As I sat back down, a dark shape cut across the window. A metal dustbin lid fell to the floor.

Since October things had been going missing at dusk. Everything from garden chairs, a particularly promising Stilton to a neighbour's Pomeranian. Equally strange was the complete absence of Roth. Could the events be connected? Was, even now, Roth sitting with his feet up eating cheese with a small dog bouncing around his feet?

Slowly I opened the door and a man walked out, stretching up to his full height.

"What were you doing in there? Waiting for the Hogwarts Express?"

"I was in your basement."

"You do now - I dug one. I needed a base of operations to overlook the strange goings on in your garden."

I hadn't noticed until now that he was dressed in full Victorian hunting gear and carrying a blunderbuss. The look in his eyes gave the impression he hadn't slept for some days. 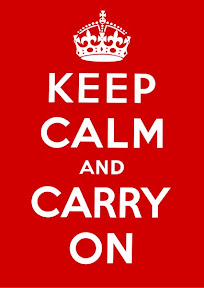 He held out his hand and said, "I'm Jenkins from the Ministry of Dangerous Vegetables."

"There's a Ministry for that?"

"Indeed sir, your tax money is hard at work."

"I have reason to believe that you have an infestation of Crepuscular Rhubarb in your garden."

"Very nasty sir. Hunts in packs at dusk and dawn, very dangerous. Although this lot doesn't do much at dawn, as it is a late variety."

We sat down and I made the man from the Ministry a cup of tea, for which, like most Englishmen he was disproportionately grateful. I spoke of the strange goings on in the garden. My shed, garden chair and cheese. My neighbour's dog-napping.

"We've not heard of a case like this well, erm, ever. It's very serious."

"Are there many cases of dangerous vegetables The Ministry investigates?"

"How long has this ministry been going?"

"Since the Great War."

"This is the first case since it was set up? Why?"

"Mostly I suspect we weren't looking in the right places."

"No, I meant why have a ministry set up for a problem we don't have?"

"Not read much about British Politics have you?"

"Could be another few months before I've cleared the your garden of this menace. In the meantime, you can feel safe the government is on your side and feels your pain. Also lock all your doors and windows after dusk." With this he disappeared back into the cupboard under the stairs and locked the door after him.

Shortly afterwards there was a tap on the backdoor. I walked over threw it open and Roth stepped in. He was wearing a suit and had his pockets stuffed with huge leafed vegetables. He had one extra large leaf on this head. From a distance he looked like a market garden.

"Oh, yes please. Goodness this is hard work. Gave the Pom back yesterday - his continuous yapping was driving me potty. Oh and sorry about your shed."