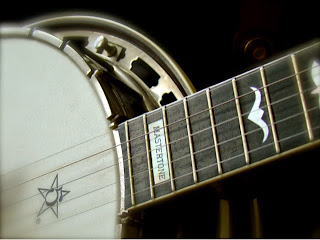 Hard to believe after all this time, the three of us were back on the case. Well, not so much a case as a quintracycle.

said our previously silent companion, discarding the drained espresso cup like a hamster would discard a sunflower seed shell.

I said. I was puzzled. Then I remembered accidentally ram-raiding Starbucks on our test run. I'm sure they wouldn't mind as we returned the barista to the upright position.

Eolist was on a roll with the monosyllabic replies, she said.

We carried on cycling in silence, allowing the Emerald Isle to roll gently below our five different sized wheels. The only noise was Roth puffing on the steep hills.

I asked looking around at the marvellous countryside.

We rode on until the light began to fade and Roth looked puffed out. We sat down on the edge of a wood and lit a small fire. The conversation flowed easily as night fell.

Eolist pulled out the parchment and read from it. It told the tale of a wealthy Irish landowner who had abused his position and power. His lust and rejection by the beautiful, folk musician, tenant farmer's daughter resulted in him throwing the entire farmer's family off their land before a particularly hard winter. Other tenants who tried to take in the farmers family were threatened with losing their homes and livelihoods. The farmer, his wife and daughter sought shelter in the nearby woods.

None were seen again. Except for daughter, who was found, close to death, still clutching her banjo. Her last words were to place a Celtic curse on the landowner.

One year to the day the landowner was found dead, with a look of terror frozen on his face. Staff reported the landowner had complained of hearing a banjo playing for a day before he died.

Even now, the local people believe that anyone hearing a ghostly banjo will be found dead the next day.

We settled down to sleep. Which none of us did.

At 2am, I could hold it no longer. I called out.

There were some dark muttering from the other sleeping bags. I'm sure I heard a Celtic curse or two. Roth finally called back,

came a voice from the lower end of third sleeping bag. Nice.

I got out and wandered away to find a tree to water. I was in mid-flow when I heard the sound of a banjo playing ethereally in the distance.

Eolist shot out of the sleeping bag, took a photo and ran past us. Roth and I felt strongly motivated to keep up.

It was an hour later before we stopped running and midday before we felt safe enough to go back and collect our stuff and the quintracycle. With that we set off back to Michigan on the cycle path, which as any seasoned traveller knows is mostly uphill.

I lent over and whispered,

she replied.
Email ThisBlogThis!Share to TwitterShare to FacebookShare to Pinterest