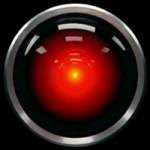 Over to Eolist Petite and Cat Lady Larew, because I know you're going to do something special with this. I wish I had.
Email ThisBlogThis!Share to TwitterShare to FacebookShare to Pinterest